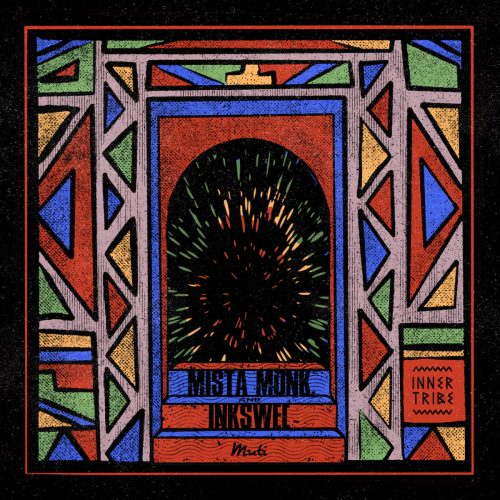 The son of a mixed-race Zimbabwean mother and white Australian father, Liam Monkhouse aka Mista Monk was born and raised in Katherine, a rural town in the Northern Territory, far from both his African roots and the urban environment most hip-hop evokes. But rap music spoke to the young Monk’s fledgling sense of a mixed race identity, with his hometown being a strange dichotomy of Ocker Aussie and Indigenous culture.

These cultural crossroads and their broader implications have informed his lyrics for over a two decades now, culminating in his first solo hip-hop album ‘Muti’ with prolific producer Inkswel on production duties. Mista Monk represents these crossroads with rhythmic flows and conscious word-play illuminating his world view from the macro of humanity’s ills to the miniature of personal identity with nods to fun off-the-cuff flows and cartoon-esque narratives making for a balanced spread of flavours to navigate the vivid sample driven soundscapes provided by Inkswel. 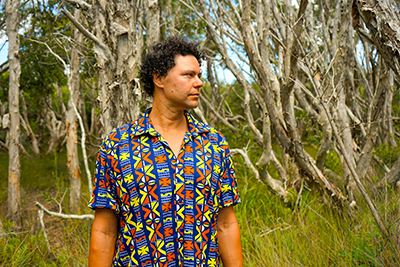 He is the founding member of multi-cultural hip- hop band Culture Connect (circa 2000) and currently performs with Afro-Jazz outfit Black Jesus Experience; frequent collaborators of Ethio-Jazz star Mulatu Astatke. Bringing a definitive raw fire to live grooves, hip-hop and Afro-House, Monk brings 20 years experience on the mike and it shows in his commanding stage presence.

No stranger to the club and festival circuit in Australia, Monk has held it down down under with artists such as Mista Savona, Digital Afrika, Ganga Giri, Monkey Marc, Combat Wombat, and Laneous amongst many others. Black Jesus Experience have appeared twice at Glastonbury (UK) , and Big Chill Festivals (UK), as well as Azgo (Mozambique) and Bushfire (Swaziland) Festivals during tours to Europe and Africa. Four trips to the motherland have featured numerous tours of Ethiopia with performances with Mulatu Astake at United Nations Africa HQ and solo shows in Kenya, Tanzania, Zimbabwe and South Africa.